When not controlled, Autumn Olive shrubs will out compete all other vegetation, quickly turning acres into a monoculture. 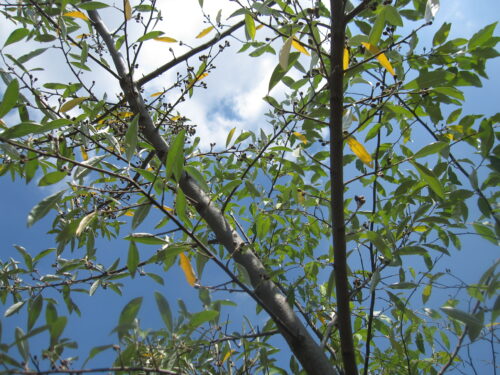 Autumn olive shrubs grow up to 20  feet high with several branched stems that emerge  from the ground.  The shrubs bloom in late spring with small trumpet-shaped, white or cream-colored flowers, replaced by drupe-like fruits, which mature to red berries in early fall. 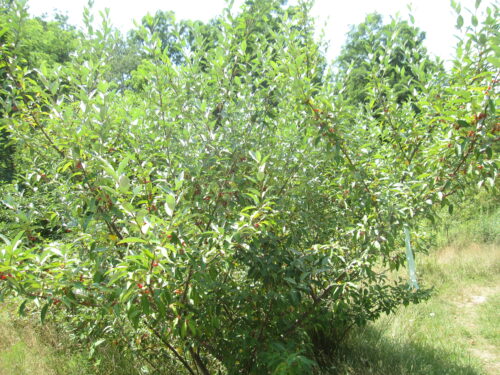 The red berries attract birds as they migrate in the fall. While high in sugar the berries are low in fat, which birds need for the winter flight. Instead, native shrubs such as Winterberry Holly, provide food high in fat for migrants in the late fall with persistent fruit. Plus, Winterberry Holly shrubs maintain their green leaves year round.

The most reliable method to identify this species is to turn over a leaf. The underside of the autumn olive leaf appears as if sprayed with metallic silver. 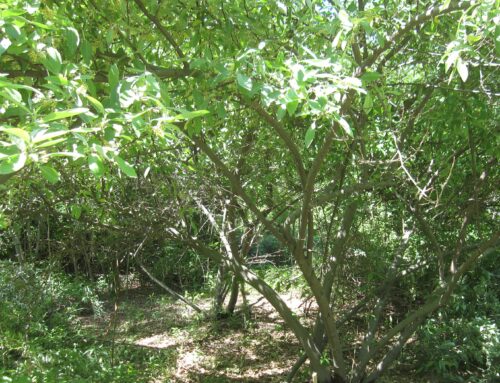 A plant’s multi-stems emerge from the ground

Do not attempt to uproot this shrub. Simply cut the largest stems a foot or two above the ground, then debark the stumps. Scrape off the skin of seedlings for these roots to die as well. 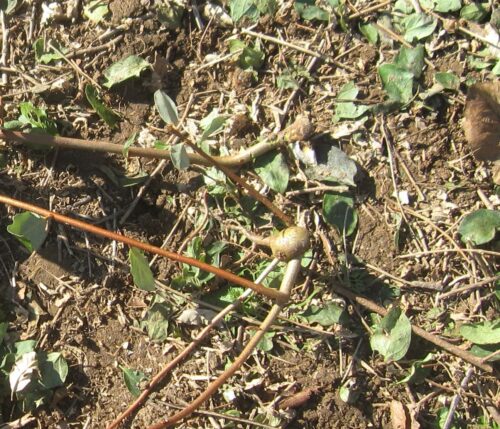 Cutting without debarking or attempting to dig up the root stimulates suckers to grow along the lateral roots. 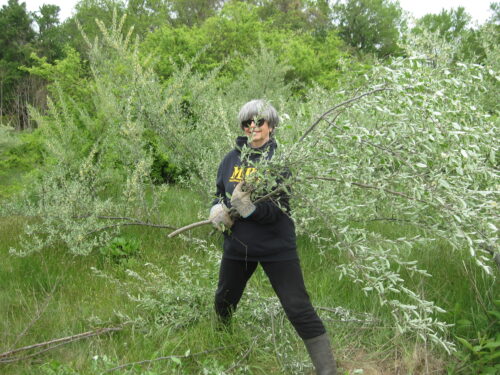 To debark autumn olive shrubs, begin any time of the year by removing side branches, using a limb saw. 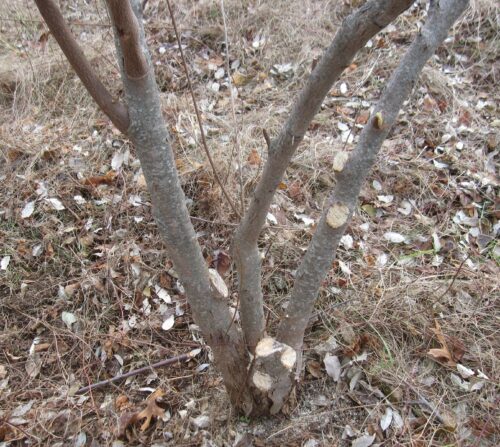 Stems and branches cut in December

Because the winter is a good time to cut woodies, remove all but two large stems to allow sap to flow in spring when they can be cut to about 18 inches above the ground. Then debark stumps after the remaining stems leaf out up to just before berries ripen in the fall. Or remove and dispose of the berries before debarking. 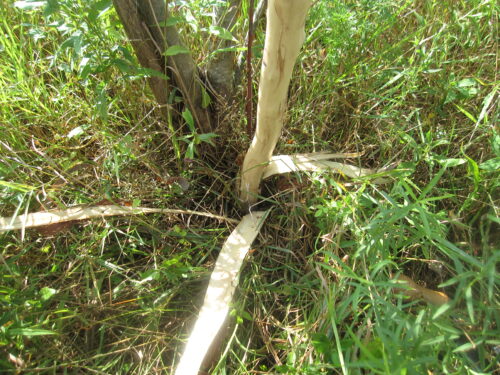 Energy stored in the roots over the winter will feed the upper plants in spring to grow leaves and flowers. That’s the time to cut one, two or three of the largest stems down to stumps one to two feet high. Then peel the outer bark down to the white, slimy inner hardwood as deep into the ground as possible.

Snap off suckers growing on any missed spot.

The best tools for debarking include a 5″ draw knife, sickle, hammer and chisel, and a hawk bill flip knife. 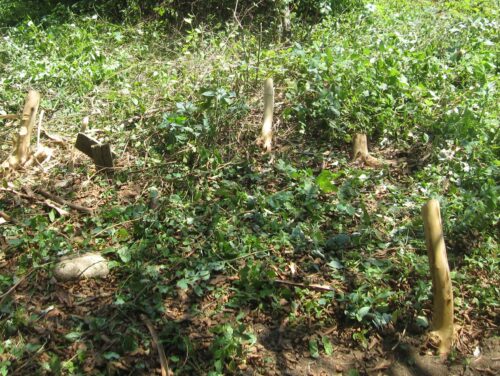 Once debarked, the stumps must be checked every six months or so to remove any suckers that may appear at the base until the stumps die and break.